The inception of Mutthi is because of two women with different thoughts but same the vision. Vision being, if women are United then "कोई माई का लाल" will not be able to suppress, disrespect and control them. Thus, named Mutthi as the fist is powerful enough to knock the world.

We call ourselves Social reformist because we want to reform the way society perceives women. It begins with that we are significant half (49%). We contribute equally in every aspect. We believe, promote and support the USER Model. 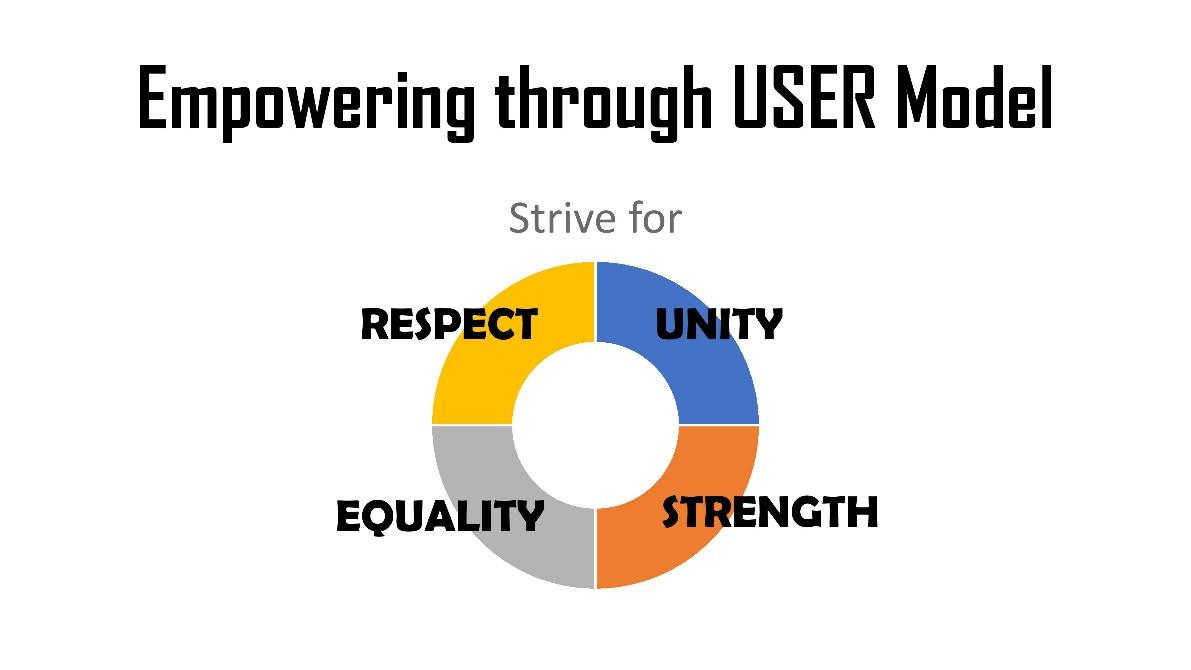 Women need to start supporting each other. We must transcend beyond jealousy, vanity and envy and be each other's strength, not weakness. Men had, have and will continue to take advantage of this vanity.

Women aren't अबला, we are सबला  from every nook and corner. However, there's sheer scarcity of opportunities. Hence, if the society supports and gives us opportunities we had, have and will continue to excel in whatever we do.

Let's strive for EQUALITY. We as mothers, sisters and wives will have to end gender discrimination. What is right for the son is right for the daughter. Change begins with you and is the change which supports gender equality.

Every woman wants to be treated equally and most importantly with respect. We don't want to be loved, because we love our dog but don't respect it. Hence, respect us because we as daughters, sisters, wives and mothers respect our fathers, husbands and brothers. We as mothers must inculcate respect in our sons and daughters for women of the society.

Mutthi embarked because of two women with different thoughts but the same vision. Mutthi founders have been Social Reformist and Liberalist and the journey began in 16/12/12 which left the nation shell-shocked. A thought triggered the urge to do something. Archana and Saroj were the pillars in setting up the Nation's First Mother Milk Bank called Divya Mother Milk Bank. They played a key role in setting up the procedures, creating awareness and establishing it from scratch. From then on, there was no looking back.

They conducted an extensive survey on "Why women still suffering?" There was a unanimous answer from the police, lawyers and public -"Lack of Awareness". Women don't take actions towards any sort of sexual harassment and abuse due to sheer “dearth of awareness”. This phrase was the brainchild of Sexual Offenses Awareness Program. A comprehensive session which educates and creates awareness among school and college girls about sexual offenses, their rights, self-defense techniques etc.

Awareness is one of the keys towards empowerment, but a golden key opens many doors. The next stepping stone towards empowering women was Financial Independence as women continue to suffer and succumb to pressure due to financial insecurity and dependency. In 2016, Jobs4her idea sprung which provides better and more job opportunities to women in accordance to their abilities.

There's a dearth of skills among women due to paucity of exposure and facilities. Though agriculture is considered a patriarch, the figures have contradictory figures to share. However, due to bad agriculture practices, lack of knowledge and training they don't earn what they deserve. Krishi Pathshala aims to educate, train and enhance the skills of people especially women in agriculture sector.

Mutthi aims to empower women the right way by